The Department of Mechanical and Manufacturing Engineering is among the first departments set up in this university in 1956 in the then Royal Technical College. This college was later transformed and upgraded by an Act of the East African High Commission on 25 th June 1961 into the second University College in East Africa under the name "Royal College Nairobi".

The Mechanical Engineering curriculum, reviewed severally, has been offered at the University of Nairobi for over five decades. In 2020, the university senate approved a new curriculum. The motivation to review the curriculum came from consideration of the following factors:

To achieve the above objectives, the following changes were incorporated during the review: 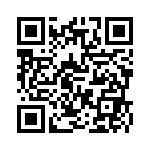 © University of Nairobi 2022.  All rights Reserved.